The first stone of the Municipal Technical Institute at Londerzeel (Teema architects) on March 19, 2013 immediately was the foundation stone of the Schools of Tomorrow (SvM) project and the launch of no less than 200 school buildings in Belgium.

There is a serious shortage of funds for the construction of schools. Therefore, the Flemish Government started looking for an alternative way to shorten the long waiting list of schools. The catch for school infrastructure was thus created and established by decree.

All in all 66 teams of architects were selected for the realization of 165 projects, worth more than 200 new or renovated school buildings. 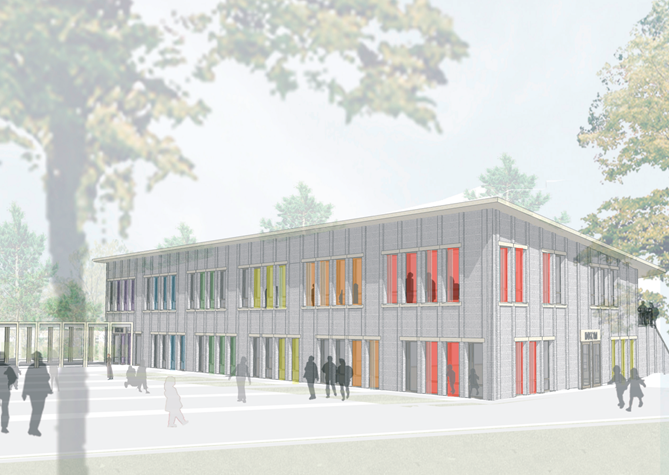 Energy-efficient schools, which form the heart of a community and where the infrastructure does not hinder the development of education of the future are the premises of SvM.

"Since 2014 the focus shifts to the concrete construction. It is our objective to have the last school built by the end of 2016, " according to Philippe Monserez, Head of AG Real Estate Copid and Daniel Geerts, General Manager DBFM Schools of Tomorrow.

Bureau Bouwtechniek is helping to build as many as 14 schools: