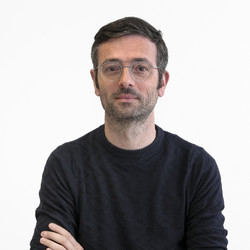 Toon (Ekeren, 1974) is an architect civil engineer (KU Leuven, 1997) and holder of a certificate in Business Management for non-economists (Antwerp Management School, 2011). In 2000, he became supervisor of the cell co-operation projects. He has been a partner since 2002 and runs the office, together with Jan Moens. Gradually, he specialised in the financial, legal and business aspects of management and, as such, stands at the cradle of the present organisational agency structure.

Toon was a member of the committee for the lay-out of a standardized design team contract for the Flemish Community led by the Vlaamse Bouwmeester (Flemish Building Master) (2003).